MELBOURNE TURNS GREEN FOR WICKED
Tonight Melbourne Town Hall was bathed in emerald green light to celebrate the arrival of the Broadway musical WICKED as part of the 10th Anniversary Tour. 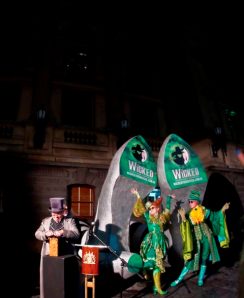 Reg Livermore appeared in costume as the Wizard for the very first time and was joined by two ensemble cast members in full costume and the Lord Mayor Robert Doyle.
Reg Livermore did the honours and pushed the plunger which bathed the Melbourne Town Hall in green light, the colour of the Emerald City. 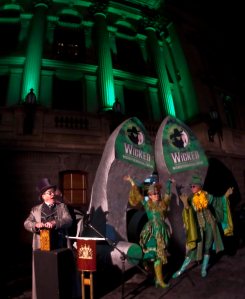 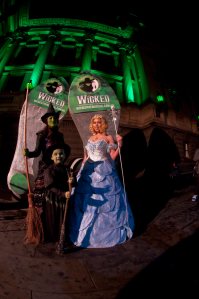 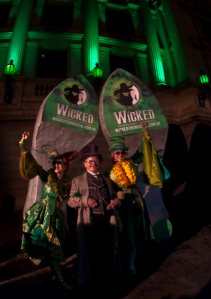 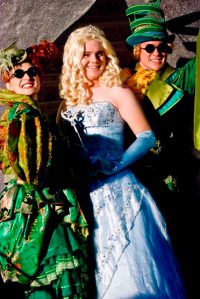 My wardrobe consists of mostly red, and different shades of black, so I had to accessorise fast – a vintage green necklace did the trick! (will upload photo shortly)
Our Lord Mayor made the effort with his green socks. 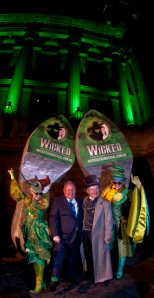 Much of the local Melbourne area around the Regent Theatre, where WICKED commences its season on Wednesday May 7, will also be “greenified” including the Regent Theatre, the Forum Theatre, Manchester Unity Building, the Sofitel on Collins and the Collins Street trees. 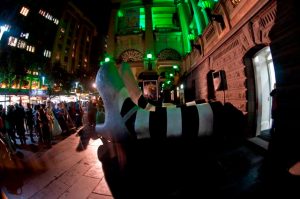 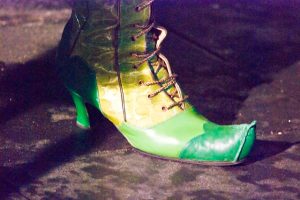 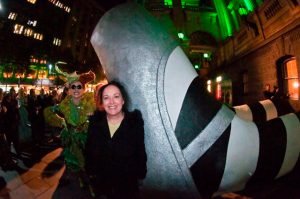